Well, they said they would return and nearly two years after their first tour to New Zealand (June 2016), Big Country were back and this time they played multiple dates in multiple cities. Upon their return there was some speculation about them performing the album “The Seer” although it seems they had a change of mind because on this tour they perform “The Crossing” along with a number of other hits.

As a huge fan of Big Country, I was stoked to hear this as I personally think “The Crossing” and “Steeltown” are their best albums and certainly my favourites. The line up is unchanged from last time and one that has been together now for a few years and so fans are by now, well used to Big Country without Stuart and Tony, the latter releasing his solo career at the end of last year. I was amped to be seeing them live again!

Tonight was their third date on their New Zealand leg having played in Christchurch and Napier on previous nights. This time I didn’t need to travel four hundred miles to see them as they were playing in my home town of Wellington, great! Aaron Carpenter and the Revalators were set to warm up the crowd and they came out to a lively bunch of Wellingtonians who were settling in with their favourite beverages. They played well and filled the curtain raiser spot well and had to overcome a major issue in that his guitar neck snapped in transit, but were saved by the good folks next door at Slow Boat records who lent him a guitar. Good on you guys! By this time the crowd was near maximum for the venue.

In the crossover as I was reclaiming my spot in the mosh pit, I had a chat with the fan next to me and boy was that term understated. This chap’s name was John Faires and he had travelled to New Zealand from Surrey in the UK. In fact he has been following Big Country around on tour in Aussie and New Zealand and just came from their Napier show on the previous night. John has seen Big Country live more than 150 times since 2011. Being a massive fan of them myself, the conversation was free flowing and in fact we ran out of time. John will be in the front row of the audience tonight in Auckland so say hello and give him a pat on the back.

An advantage on this tour was the setlist was largely known. I happened to get a copy of the setlist from the tour Manager and this was confirmed. On that note Big Country hit the stage and Jamie “guitar” Watson’s fans were crying out for the young lad. Without further delay Big Country opened the set with The Storm. The crowd, as expected went nuts. The place was sold out and nothing pleases a band more than a packed venue!

All tracks from “The Crossing” were played but not back to back. A number of their other hits such as “Wonderland” and “Thirteen Valleys” were played in between. Bruce was incredibly animated on stage and in fact it was evident the whole band was having fun throughout their performance. I was also photographing the show and this helps the imagery indeed.

At the completion of “Just a Shadow” in the song break a voice from the audience belted out “Into The Valley!” with reference to Stuart Adamson’s old band “The Skids”. As Bruce and Jamie currently play in that band (playing live in Dunfermilne in May) they launch into the opening riff much to the delight of the crowd and owner of that voice I’m sure. A light hearted moment that all early Big Country fans will relate too.

Hit after hit followed in what was a 90 minute set. I’ve said it previously, but Scott’s bass playing is on point and a number of the tracks created by Tony Butler are not “run of the mill”. Anybody that has tried to reverse engineer them will know what I mean. Actually, Scott has been kind enough to do this on his You Tube channel for certain Big Country tracks.

Simon’s voice in Big Country in now well established and I especially thought well suited to tracks such as “Close Action” and “Wonderland” etc. Unfortunately Mark was buried in the back so I couldn’t really get any shots of him until he re-surfaced at the end, but the trademark beats were there and prominent on tracks such as “1000 Stars”.

“Chance” is a crowd favourite and one that the band seeks assistance from the crowd to perform. Toward the end I spotted Scott engaged in some two finger tapping on his bass, something you don’t see often. Well, there were shouts from the crowd throughout the night for “Fields of Fire” and pre-armed with the set list I knew their request was about to be full-filled.

On that note the band concluded the main set with “Fields of Fire” which included a medley transition of Thin Lizzy’s “Whiskey in the Jar” before leaving the stage. On return they played two songs in the encore, Jamie opened with “Broken Heart – Thirteen Valleys” something they don’t play often and also “In a Big Country” which was expected by all.

At the conclusion of the encore Mark takes the mic to thank the band and crowd and Bruce informs us that Big Country will be back in November of 2019. Roll on November 2019! 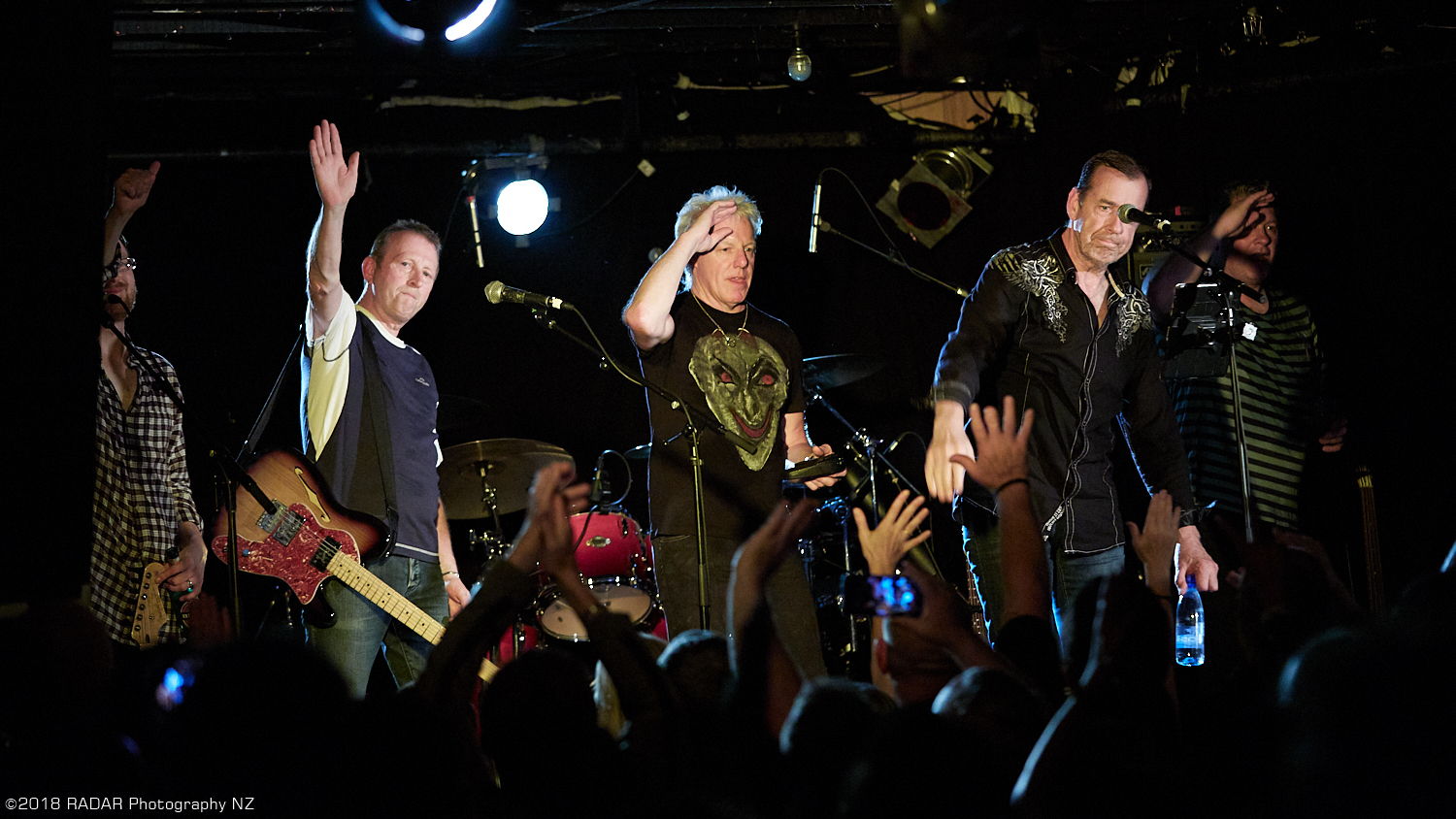 Full photo gallery to follow soon, keep an eye on this space.

Review and Images by Reef Reid of RADAR Photography in Wellington