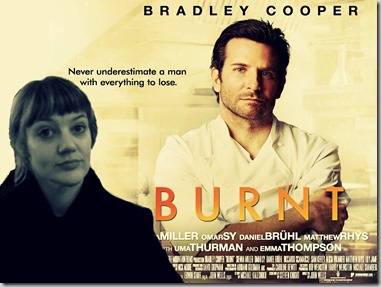 Bradley Cooper actually breaks out of his semi-typecast roles and plays Adam Jones – a successful yet troubled master of his own game; a self-absorbed, drug-fuelled and burnt out superstar chef/French Restaurant owner, who loses it all

Three years later, Adam Jones arrives on the London culinary scene. He’s clean and endeavours to regain his top-shelf status in the elite and highly competitive European food world by attaining a third michelin star. He can’t do it alone so re-unites with whom he states is the best Matire’D in Europe.
At times Cooper’s character is pedantic and cold and lets his crew know arrogance is a key ingredient to make it and survive in his kitchen

Solid supporting roles are played by Sienna Miller (Helene), Daniel Brühl (Tony) and many more. A little wit was welcomed into the script as the darkness which goes with the territory of addiction may be heavy for some. The artistic, indulgent, beautiful food being plated up was masterfully shot in high definition and truly a pleasing sight feeling like the next best thing to actually being there

I enjoyed the modern, electronic soundtrack and don’t miss the cameo from Uma Thurman!