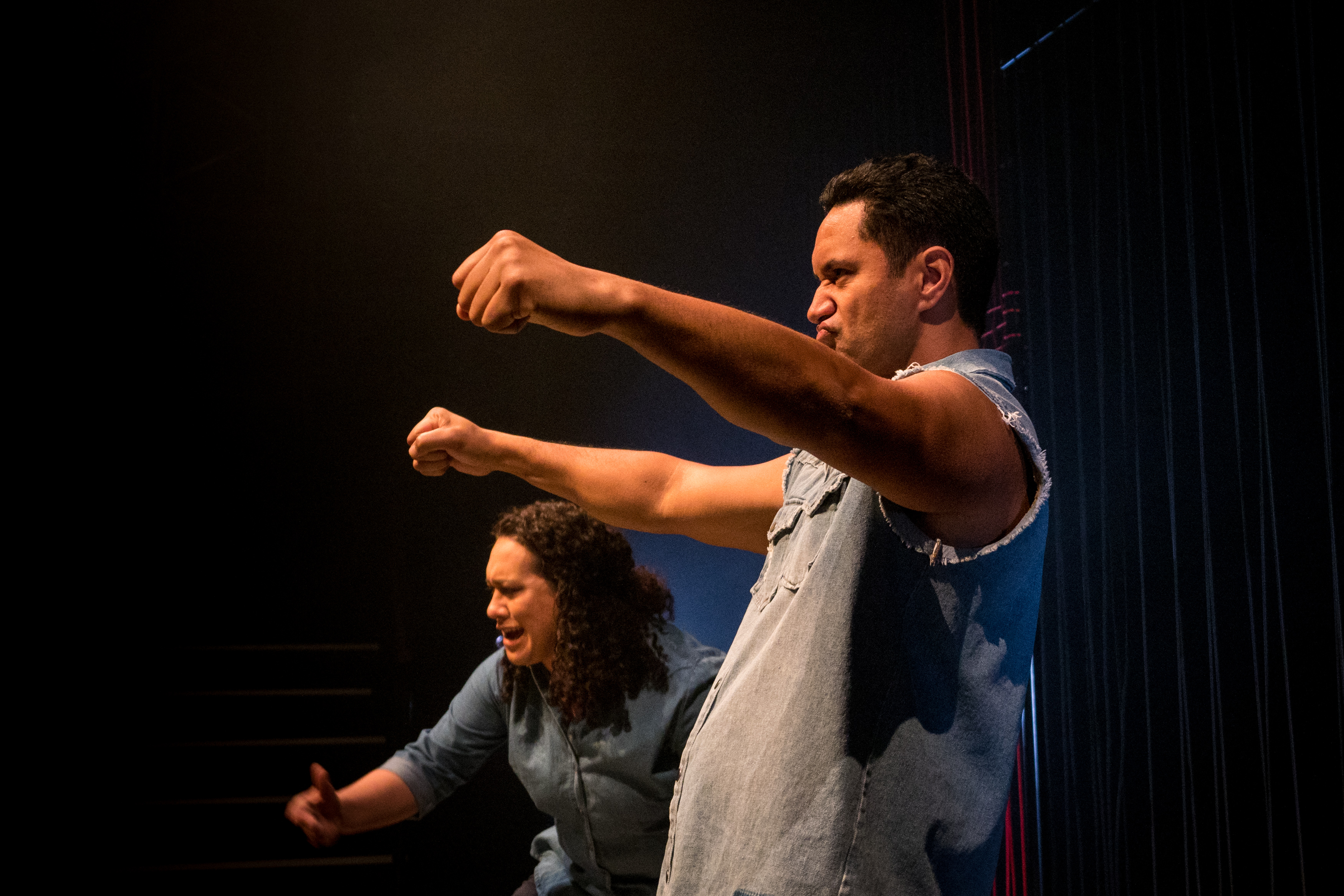 There are a lot of ways that a play centered around a Shakespeare-in-prison narrative could have gone. Cellfish eschews the obvious tropes and instead swings for the fences, delivering a complex and heavy Shakespearean tragedy of their own, which mixes the Bard’s tales of revenge and despair with the brutal reality of prison life in Aotearoa New Zealand.

It’s also a play that left us, initially at least, utterly confused. During the first 5 minutes of Cellfish , we caught each other looking at our tickets and each other and thought what is going on. The somewhat convoluted script by Rob Mokaraka, Miriama McDowell, and Jason Te Kare sees the story continually switching between different perspectives in time, space, and reality as well as seeing the two leads (Jarod Rawiri and Carrie Green) portraying multiple roles.

After adjusting to this unexpected and complex structure we begun to focus on the story that was being told. The play begins with Jarod Rawiri and Carrie Green stepping forward into the starkly populated stage to begin a haka that also serves as an introduction to the many characters that populate the play.
This was a play with many layers and you could argue that by the time you understood the differentiation of characters and the place each character played in the story that you had lost a big chunk of the plot. The performers themselves also took a little while to warm up into each character.

You quickly started to appreciate how talented the actors are and how effortlessly they were able to morph between characters which include a liberal Shakespeare-loving course leader with a troubled past who is tasked with attempting to help a variety of cleverly differentiated inmates confront their violent backstories and seek redemption through theatre.

From the start the play confronts the reality of Maori men in prison and what led them here. It explores themes that hit close to home such as the intergenerational cycle of violence that affects so many here in New Zealand, as well as the more classically Shakespearean themes of redemption, justice, and forgiveness.

The actors were outstanding and their performances engrossing even though they rarely faced each other, with the action often occurring at perpendicular angles without direct contact. This was a very engaging theatrical convention and allowed the actors made good use of the stage. The dynamic sound and lighting the filled up the Rangitira stage at Q Theatre also helped to emphasise the blood, betrayal and hurt of the characters.