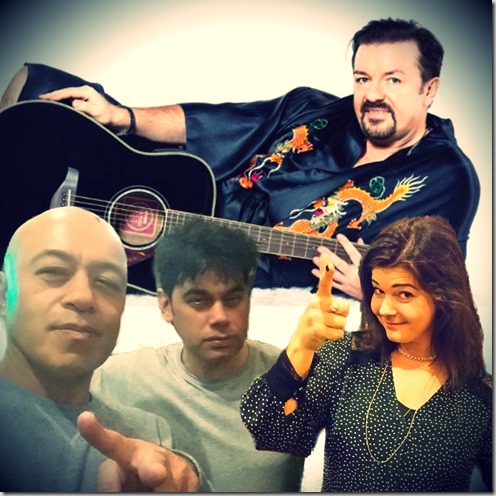 On the Road with David Brent is undoubtedly the best comedic come back of a character and comedian for decade. I can’t remember being so delightfully embarrassed in such a cringing way. The laughter inside me could not be contained in the form of giggles but had to be released in volume, even if it was into my shirt. I think Ricky Gervais has truly mastered the art of Reality Comedy like no other. He has reclaimed his rightful position and title as the funniest, driest and subtly funniest guy in the business. This film is a comic masterpiece.

I wasn’t sure what to expect went I made the decision to attend the preview of Ricky Gervais’ ‘On The Road’ as this particular brand of popular humour has been ‘thrashed’ by a considerable amount of comedians and sitcoms over the past ten years. However, he has managed to equal and even top the Office, in some respects.

He has a stellar cast of actors you may or may not know. None of whom were in the Office. The story is the same but different. It’s fun, simple, moving and at times charming.