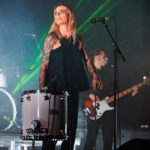 After a brief break in 2017 to become a Mum, Gin Wigmore began performing live again last year. It’s been nearly four years since she last toured here in New Zealand and last night she kicked off her 2019 New Zealand tour in Wellington to a sizable audience filling all three levels at the Wellington Opera House. Gin Wigmore’s band includes Dave Goodison on guitar and also Brett Adams on guitar, who is hot off a New Zealand tour with David Brighton’s Space Oddity.

Opening for Gin Wigmore on this occasion was Kendall Elise. Born and raised in Papakura (Auckland). Kendall Elise is Singer/Song Writer and since 2016, a solo artist who has achieved a lot over the past few years including the release of her self-produced EP “I Didn’t Stand a Chance” and an APRS Best Country Music Song of 2017 finalist for her single “Heart Full of Dirt”. Kendall was a good fit, warmed up the audience and did a great rendition of Bruce Springsteen’s “I’m on Fire”.

Wigmore’s signature voice has been described as “whisky and dry” and that’s probably accurate, if not unmistakable. Her band hit the stage and she joined briefly after, much to the pleasure of the Wellington crowd as she opened with “Girl Gang” a new song from her latest album “Ivory”. I’ve not seen Gin Wigmore live previously, but as each song rolled off, you wouldn’t think they hadn’t performed regularly since 2016.

The set was tight, energetic and fun. Wigmore provided light hearted entertainment in between songs and it was clear they were set to have a good time. There was one particular light hearted moment when technical difficulties with Gin’s amp prior to “Devil in Me” caused a delay whilst being fixed and during this time the banter was a bit of fun.

The hits kept rolling with “Hey Ho”, “If Only” and “Devil in Me”. Part the way through the set and encouraged by a few patrons dancing in their seats, Gin addresses the crowd and asks “Can they stand up, is that a yeah, or nah? Yeah? ok…” This is re-iterated by Dave Goodison and with that, the crowd didn’t need to be told twice!

By the time “New Rush” came around the place was pumping, partly due to the green light to stand up, but also because as the set developed, it seemed they became more comfortable and settled to the point where the performance developed spontaneously. Her setlist comprised 14 songs from “Ivory”, “Gravel & Wine” and “Blood to Bone”, with the exception of “Hey Ho” from “Holy Smoke”. Somewhat surprisingly, her debut hit single “Under my Skin” was not performed on this night, sadly.

The main set was closed with “Written in the Water” and by this time nearly everybody was on their feet. The band left the stage and the requests for encore were loud and persistent. In fact, the banging of feet on the floor was deafening!! I’ve been to several shows in the Wellington Opera House and never seen anything like it. Thankfully the came back out, and to a huge roar from the crowd.

The encore, “Black Sheep” and “Sweet Hell” were then followed by “I Will Love You” (with house lights on) which does not require a full band, who the joined Gin on backing vocals. Gin Wigmore thanked the crowd, who were eager for more, before leaving the stage to what was a successful night for all parties! 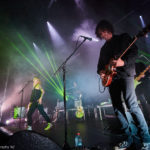 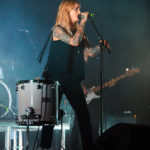 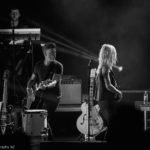 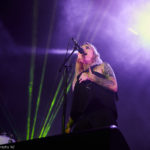 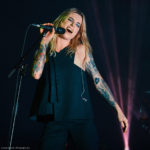 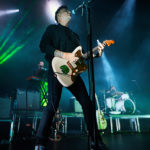 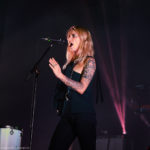 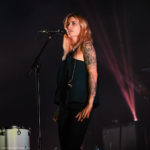