Here Lies Love is a concept album and rock musical made in collaboration between Talking Heads frontman David Byrne and English DJ Fatboy Slim (Remember “Funk Soul Brother”?). Now, like myself, if you had no realisation or concept of its premise or songs then the context of the nights performance was lost to a visual treat of song and dance with tonnes of Disco Glam – Roughly translated, it’s like going to see Disney’s Frozen without never hearing the songs. No biggie, however, it is the songs from the album being performed and not the musical.

Here Lies Love is loosely based about the life of the former First Lady of the Philippines Imelda Marcos along with the woman who raised her—Estrella Cumpas—and follows Marcos until she and her family were forced to leave the Philippines. Tonight the songs were brought to life by five of New Zealand’s best known ‘Divas’, including the soulful Ria Hall and actress Jennifer Ward-Lealand, who looked amazing, reminding me of a young ‘Victor/Victoria’ in Julie Andrews. 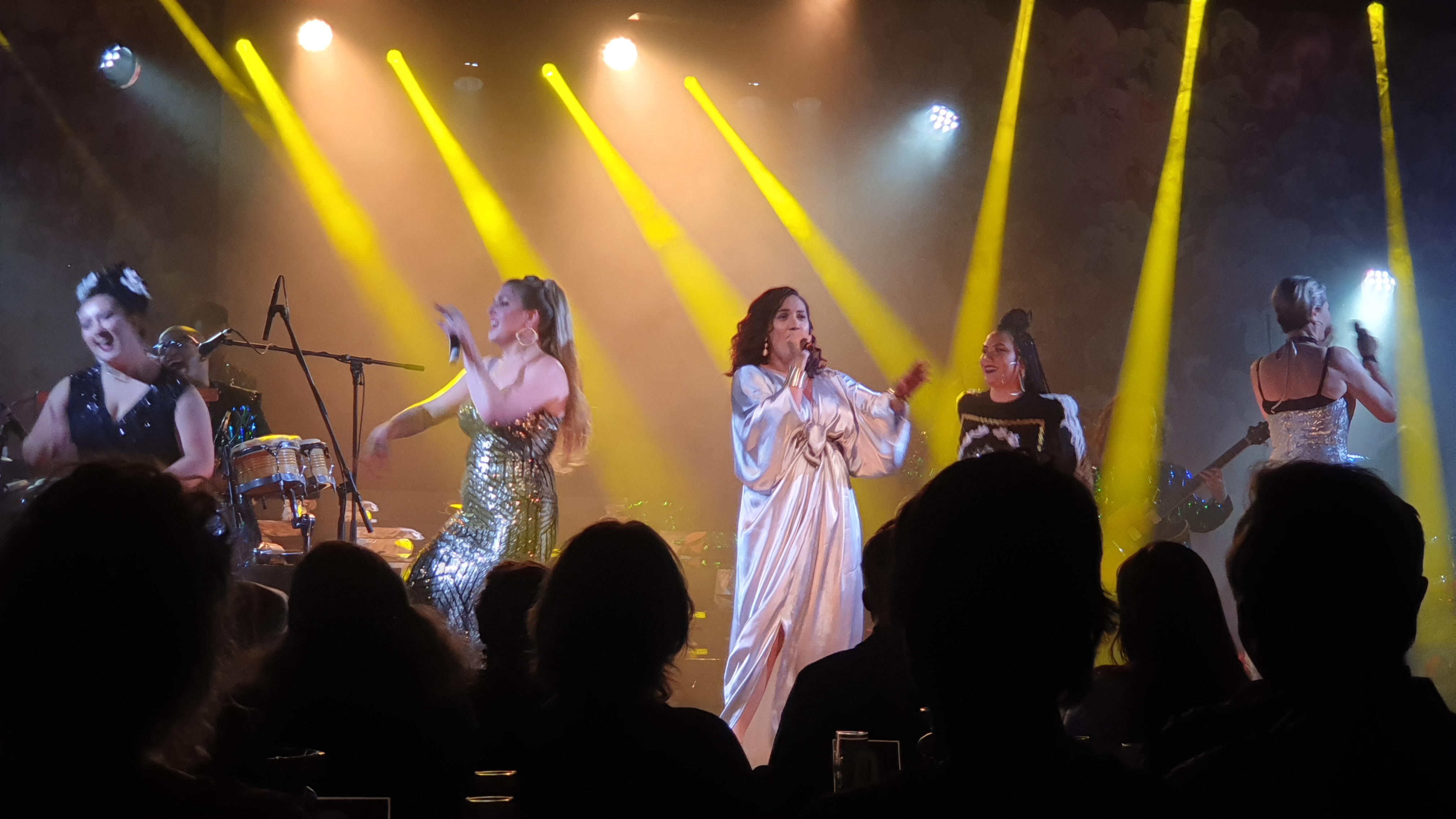 The small stage was effectively used, the pulsating lights and colourful gamut nicely lighting up the ladies, while the uniformed band were fantastic providing the music for the night as they got in on the act, dancing in sync with The Divas. Neo-Soul artist Villette is a nice vocal addition to the already strong entourage of singers, while actresses Colleen Davis and Sarah Nessia round out the group with their established timbre. It would be hard task finding this many talented singers in one room, let alone in one show.

Here Lies Love for the most part is entertaining, it’s a musical evening filled with glitzy costumes & disco balls suspended from the ceiling. The Divas do an amazing job bringing the songs from the musical to a fun palatable fun show setting, especially when they were all present on stage. Scenes where only one or two singers were on stage appeared ‘empty’ visually and maybe could have benefitted with a couple of dancers to fill the void of the podium.

A couple of technical niggles which the audience wouldn’t have been aware weren’t enough to damper my spirits, but I would recommend you verse yourself with the songs before coming along. Love Lies Here plays until Dec 8th it’s playing at the Q Theatre, an “unmissable concert of unchecked desire, art pop and disco balls.”. Couldn’t have put it better.