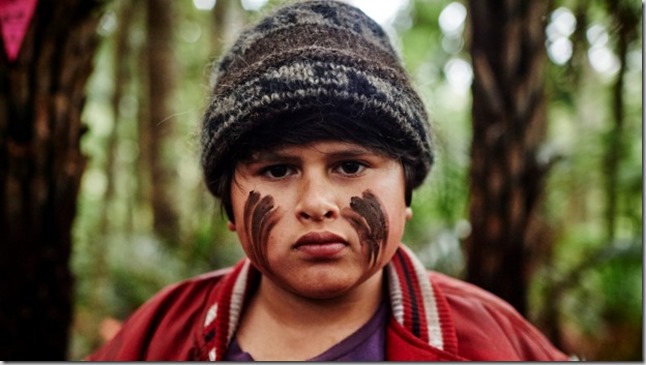 Taika Waititi’s adventure comedy Hunt for the Wilderpeople has broken New Zealand box office records by opening with largest opening weekend ever for a New Zealand film with a box office take of $1,300,000 NZD.
“We’ve bet BOY’s opening weekend box office which made me kind of sad. But then I got over it really quick and now I’m stoked!” says director Taika Waititi. “There’s nothing like seeing a film the way it was meant to be seen; on a giant screen with other people and we couldn’t be more proud and happy that kiwis are heading along and all our hard work is being appreciated. Thank you New Zealand!”
Alongside breaking the record for the biggest opening weekend (Previously held by Ian Mune’s What Becomes of the Broken Hearted), the film has also taken the record for the single highest grossing day for a NZ film with the film taking over $528,000 NZD on Saturday April 2nd.
“We’ve had reports of cinemas sold out across the country, theatres full of applause and people seeing the film three or fours times already,” says co-distributors from Piki Films, Carthew Neal and Leanne Saunders. “We are blown away by this level of support and thank everyone for coming out on the weekend. This film is being seen in the way it was intended – on the big screen with whanau and friends.”
Mark Chamberlain, Theatrical Sales Manager at Madman Entertainment NZ is humbled by the support that New Zealand has shown to the picture.
“It has been so humbling to see how everyone in NZ has embraced the film all the way from Kaitaia to Invercargill. With the way the film is tracking its already set to be a kiwi classic”
NZ Film Commission Chief Executive Dave Gibson was quick to send his congratulations to Taika and the Wilderpeople Team.
“Congratulations to the Wilderpeople team for a great opening weekend. We’re seeing groups of people of all ages sharing the experience and coming out for this film. It’s good for everyone, especially the film industry.”