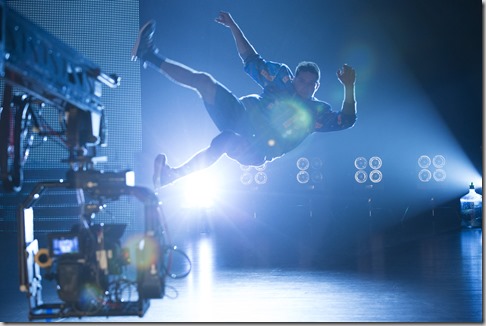 NZ’s first multi-million dollar hip-hop film Born to Dance has today announced it will have its world premiere at the prestigious Toronto International Film Festival this September.

Born to Dance will premiere as part of the festival’s Discovery section and be followed by a series of public screenings as part of the wider film festival. Actor Stan Walker and choreographer Parris Goebel are confirmed to be attending the film’s premiere alongside the film’s director and producers.

Born to Dance is the debut feature film from director Tammy Davis. Davis pays tribute to the cast and crew for getting this film to its international premiere.

I am just over the moon that Born to Dance has been selected to screen at TIFF. The fact that we have made to this A list festival is a real tribute to all the hard work put in by the cast and crew. I am excited that the first screening of the film will be with an international audience and I hope they love it as much as I do. #veryproud #nervousmuch #aotearoainthehouse – Tammy Davis

Born To Dance producer and general manager of the film’s NZ distribution company, Vendetta Films, Jill Macnab, is excited about the chance to screen the film to North American audiences.

Toronto is renowned as a festival for real film fans, with the most enthusiastic audiences of any A-list film festival, which is why it’s the perfect place to launch Born To Dance internationally. All the movie studios and film buyers from other countries will be there and on the lookout for new films, so it’s a fantastic opportunity for the film to be acquired for release in different countries. There will also be a spotlight on the film from both NZ and international media, which helps raise the profile of Born To Dance around the world – Jill Macnab

Born to Dance joins Kiwi features, A Flickering Truth and 25 April previously announced to be part of the festival.

NZFC CEO, Dave Gibson, said “Born to Dance’s selection to screen at TIFF is a wonderful opportunity for North American audiences to see New Zealand’s first dance film and experience Polyswagg, a New Zealand-born style of hip hop originating from the shores of Auckland, New Zealand and made famous by the films chorographer Parris Goebel. Last year, we introduced the world to Maori martial arts, Mau Rakau – this year it is Polyswagg.”

Born to Dance will open to Kiwi audiences nationwide on September 24th.