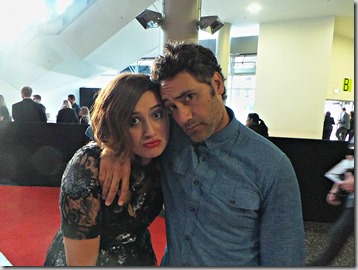 The popular Kiwi actor has directed & written several episodes of the TV series “Flight of the Conchords” and in addition to writing and directing the mockumentary“What We Do in the Shadows” about vampires flatting in Wellington had a hit with the indie comedy “Eagle vs. Shark.” Waititi, also penned the script for Disney’s upcoming animated movie “Moana.” starring Ballers star Dwayne Johnson

Chris Hemsworth will return as the titular superhero. Tom Hiddleston (Loki) and Jaimie Alexander (Lady Sif) will be back to star as well. Thor: Ragnorak” hits theaters on Nov. 3, 2017.