Missing Link Film Review “Hook it up for the hols” 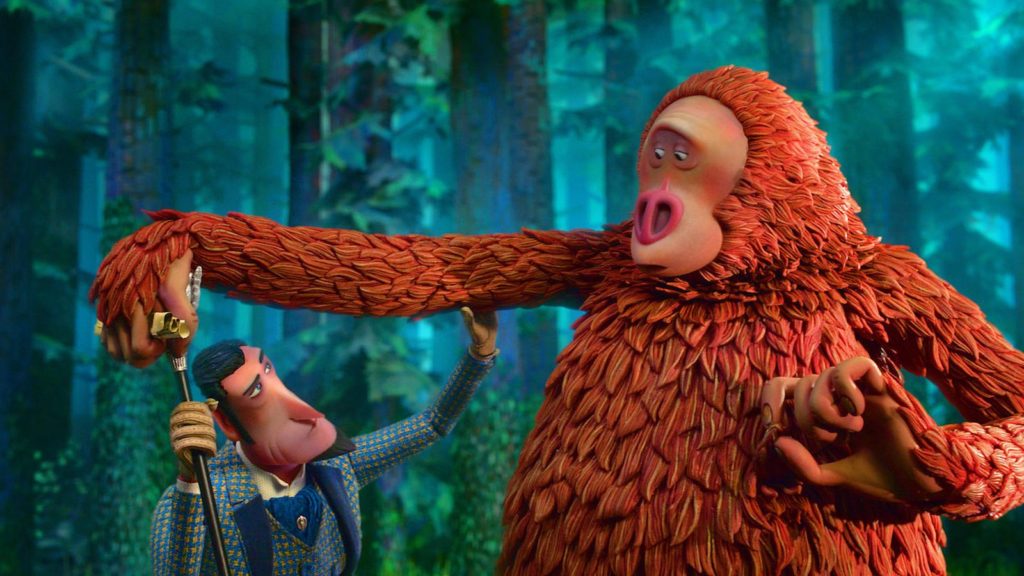 The cool thing about animated films nowadays, is that they’re written to cater for adults as well as the kids. Missing Link is one of those ones, with lots of subtext, innuendos, & adult humour to keep the grownups invested & entertained. But not only that, the sheer spectacle of technical animation wizardry delivered here will keep both camps more than happy.

Missing Link is a story of part adventure, & many parts discovery; of myths, journey of the self, & a finding of place in the world for all its central characters. The versatile Hugh Jackman provides the voice for Sir Lionel Frost, a kind of posh Indiana Jones who resides in an era sometime around early 20th century, who’s on the search for all those creatures of the mythical variety. Loch Ness being one of the usual suspects, you get the picture.

The title will give you a clue to the one found & focused on in this little tale, but it also acts as a double-entendre for character & societal faults, which there are a few of on show here. & this is what gives Missing Link its added value, as there are many cleverly inserted nods, references & winks to the documentation of historical events & theories, all the while inquiring to the validity of its inclusion, or exclusion (Darwinism, the ruling class, corruptive institutions, & even flat earth theory).

Written & directed by Chris Butler, whose credits include; Coraline, Corpse Bride & ParaNorman (in a variety of roles), Missing Link continues his lineage of stop-motion animation, & brilliantly combines this more traditional technique with the latest in 3D computer animation. This not only makes for much viewer inquiry into figuring out what technique is used where (especially for techies), but also provides so much interesting mise-en-scène, such is the attention to detail in background sculpting.

A timely release for the school break, Missing Link is definitely a plus parent flick. It ticks along, & is very well written. Interestingly, it’s one of very few animated films to only include adult characters. This device sets up a provoking dynamic, a platform to which allows the study of human behaviour & its maturity to be incorporated strongly in its themes (along with relationships & social/cultural constructs). Hook it up for the hols.