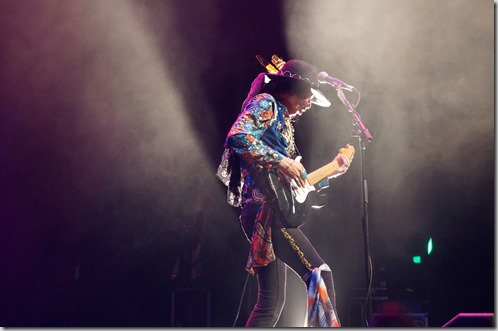 It’s been 46 years since the death of legendary guitarist Jimi Hendrix, but those who packed into Auckland’s ASB Theatre on Saturday night, would be forgiven for thinking that the rock god was still alive and kicking – considering the powerhouse performance that Randy Hansen and his band (drummer Manni von Bohr and bass player Ufo Walter) gave.

I went into this gig with mixed feelings about tribute shows and cover bands, but an open mind considering the pedigree that Hansen, one of the few guitarists to be recognised and supported by Jimi Hendrix’s family, has gained over the years.

My initial trepidation was alleviated as soon as the theatre lights dimmed and the trio took the stage, ripping into a passionate performance of Stone Free. Before I could even catch my breath they followed with the opening riffs of, fan favourite, Fire. I was utterly mesmerised.

I was struck by how much Hansen’s voice sounded like Hendrix, and while closing my eyes took me back to days spent listening to Jimi while sharing a few too many beers with my mates, for others in the room the feeling was so much deeper.

Take my Dad, who I invited along with me to the gig. A Hendrix fan who has seen him live, he found the whole experience quite magical. In his own words,

“The beauty about his performance it is a wonderful tribute – a celebration of Hendrix’s music – not only the style of playing but emulating him by playing with his teeth and behind his back. But there is a whole lot more to Randy and I loved it.

“There is something quite surreal about seeing him on stage and closing your eyes – it was very reminiscent of early Hendrix playing London in late 1967, and the show took me back to an early performance that I attended while living in London. The whole night was transcendent.”

Emulating Hendrix is one thing, but that doesn’t give Randy Hansen and his band the full praise that they deserve.

Hansen is a virtuoso in his own right – he makes each performance his own and there is something quite magical about the way that he moves between chords and lead, at times somehow playing both simultaneously (don’t ask me how). For instance, his ability to showcase superb improvisation as he dances between incredible riffs on ‘Foxy Lady’ and then shifts effortlessly between chords and his incredible lead, provided an unforgettable night. 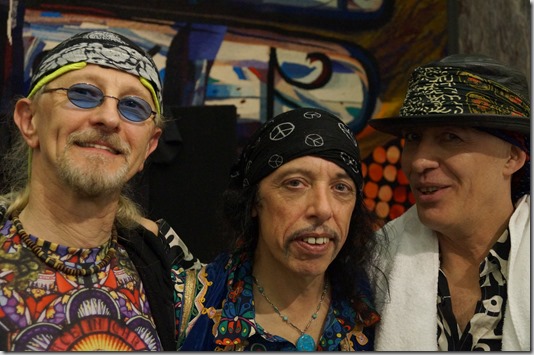 But there was a difference and that is Randy’s personality and it shone through. He loves performing and owns the stage in a way maybe Hendrix never did, engaging with the audience and coming off stage to get among them, standing on the front row seat enthralling those around him and even enjoying a glass of wine while continuing to perform. This was a remarkably energetic performance and it is amazing that Randy has maintained this level of energy and passion for over 30 years of showcasing the legendary Hendrix talent for (and, of course) his own.

A nice touch was the bands tribute to Prince, who graced that very stage some two months ago, delivering and evocative and powerful rendition of Purple Rain.

From the moment he came on stage he had the audience with him as he took us on an incredible journey. A magical evening spent with a true music legend. 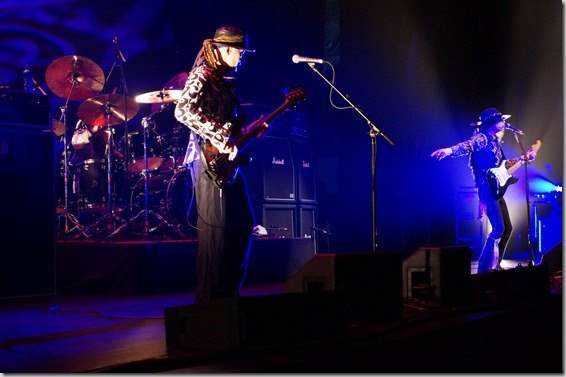