Vince Harder – Everything & Anything 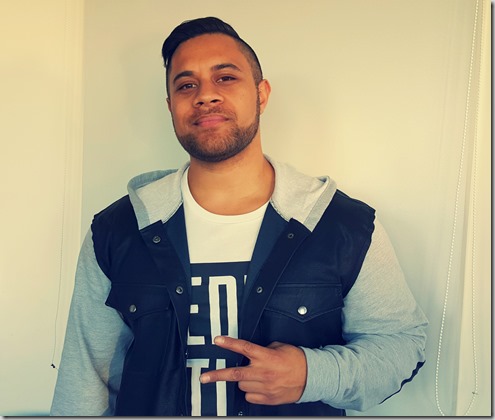 Singer/producer Vince Harder is holding a cuppa as I stroll in for the interview. We try to connect the ‘dots’ figuring out who we know from our past backgrounds, cackling like a couple of old ladies in a hair salon, well not exactly but you get the drift – the conversation is flowing with no awkward pauses which is good thing especially when approaching an interview as I find out he has a new E.P. ‘Rare Vision’ and he’s playing tonight currently nursing a sore throat

“I just have to have heaps of tea right now I’ve got honey and tea just heaps of fluids and suck it in” He laughs. “I’m getting into my own music which is really cool, for the last couple of years I’ve been working on trying to produce and song write my own music, and I guess that’s what this E.P.’s all about and being able to put my own hand to it”

The New Zealand R&B/pop recording artist and producer most well-known for his smash number one hit with P-Money Everything has just released his new single & music video for “Find Love”, however not many people would know he use to dance with Aussie superstar, singer Guy Sebastian

“Oh yeah a while ago” he muses. “Yeah Guy’s cool, I auditioned for it years ago. This is straight after I did my intern I was kind of looking for an in-between job I was looking actually auditioning as a singer and I didn’t get the job they had already fulfilled the position so I decided to audition as a dancer and I got in to that, but earlier this year I ended up going on tour with Guy for a month and sung with him and played guitar it was cool. Being a recording artist and being in the industry you do a few things and put on a few hats and that’s just been me my whole career”

He’s been busy over the years, I mean who can forget his coming third in the Aussie X-Factor beating a tonne of Aussies in the process ( and probably the odd Kiwi too) headlined and supported countless bands and artists including RnB artist giant Teddy Riley and of course playing the lead role as ‘Simba’ in the Australian stage production of The Lion King

“Lion King that was definitely a huge one” says Harder. “I’ve said this a few times, but that one came as a surprise to be honest because before I did Lion King I was doing a performing arts group called Jireh and back then when you’re young and fit you kind of feel like you can do a whole lot of things, so I was just auditioning for everything you know, I was with Jireh everything was just working really well at the time so when I got to the Lion King audition it was kind of like… I don’t want to say this in a bad way, but it was a lot easier for me to audition for the Lion King than doing a Jireh show to be honest”

His music is straight RnB Pop but if I think back to his days with P-Money and his hit Everything with its house beat nuances it’s quite different from the smooth pop style Harder is known for, as a producer and singer and without the risk of sounding formulated his tastes are shaped by his environment, it also helps being up to date with latest trends and music

“I think I’m not being real cliché about it but I think my taste in music is quite eclectic” says Harder. “I get into a lot of different things and I guess just whatever floats my boat at the time you know because I’ve got lots of friends who are musicians and they’re all awesome and their different styles you know, so I get into everything from Dance to Hip-Hop, Latino to Rock and I just try to be creative in different ways but I’ll always go back to RnB because RnB was always my first love”

Harder is a worker, dedicated to his craft and is always present in the industry together alongside his wife, I mean with all this talent something has to give, leading me to think with this colourful musical CV we must be due to see Harder on the world stage cutting it with the best, Harder approaches this with a somewhat more holistic view

“To be honest I don’t really know” he ponders. “The last trip that I had in America I got to work with a really good friend of mine who is also a producer for Black Eyed Peas with Fergie and all these other people and he’s an amazing guy his names Prince (Printz) Board and he gave me some really good feedback about my music and he wants to work with me which is really cool because he’s always been one of those dudes who I’ve looked up at that level. I grew up learning Black Eyed Pea songs you know, it was just cool getting feedback from someone like him is huge. In terms of going to America I definitely want to do that – I’ve been looking at hopefully doing something at the end of the year over there so we’ll see what happens”